A common motif in the Christian art is the Calvary, the crucified Christ surrounded by his near family, the Virgin Mary and St. John, both important in Christology but more or less non-existent in the oldest manuscripts of The New Testament. Mary is mentioned in the oldest Gospel according to Mark only as one in Jesus' family who thought that he was out of his mind and asked him to return home. The later Gospel according to Matthew and Gospel according to Luke suggest a virgin birth of Jesus Christ and try on two complete different ways to explain how Jesus from the little village Nazareth in the province Galilee could be Messiah, a descendant of King David, born in Bethlehem. Soon Mary was seen as a female counterpart to her son, conceived and born without the stain of Original Sin, thereby making her sinless, eternally perfect and divine, simultaneously a substitute for the Virginal Artemis goddess, the "Lady of Ephesus". The latest Gospel, the Gospel of John, states that at the crucifixion, Jesus tells his mother, "Woman, here is your son", and to the Beloved Disciple he says, "Here is your mother." It is the Beloved Disciple who, while reclining "upon the bosom of the Lord" at the Last Supper, asks Jesus, after being requested by Peter to do so, who it is that will betray him. The Beloved Disciple is in the Gospel a young man without name but the closest to Jesus. Jesus tells Peter after the resurrection that he wants the Beloved Disciple to wait for his return. The only logical interpretation of Christ's relationship with the Beloved Disciple is a homoerotic relation. Such an interpretation of an erotic relationship did exist early as documented for example in the trial for blasphemy of Christopher Marlowe accused of claiming that "St. John the Evangelist was bedfellow to Christ and leaned always in his bosom, that he used him as the sinners of Sodoma". In art, the Beloved Disciple is commonly portrayed as a beardless fair-haired youth, usually as one of the Twelve Apostles at the Last Supper or with Mary at the crucifixion. 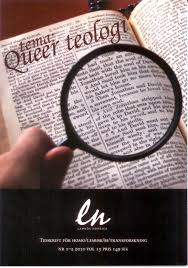