The article discusses gender transgression as a common theme in novels written by three Swedish authors in the 1920s: Hjalmar Bergman, Sigge Stark (pseudonym for Signe Björnberg), and Maria Sandel. In Hjalmar Bergman’s Flickan i frack, 1925 (“The girl in tails”), the theme is not fully developed, and it mostly serves as a means to describe the author’s fictive universe Wadköping and the humorous gallery of characters that react against the main character’s cross-dressing. Sigge Stark’s Uggleboet, 1924 (“The Owl’s nest”), describes a love affair between the student Bertil and another young man, Harry, who eventually turns out to be a woman. Even if Harry’s true identity explains the attraction between the two protagonists, she refuses to abandon her male gender, a fact that doesn’t stop them from loving each other. Maria Sandel’s Droppar i folkhavet (literally: “Drops in a sea of people”) is a story about a factory girl and her struggle to live decently as a single mother. The article focuses on two of the minor characters, who are prostitutes. In their love for each other these young women challenge the novel’s explicit heteronormative ideal. 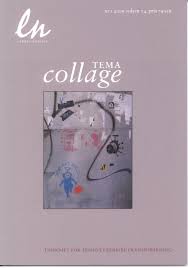